Blue Light and the Impact on You 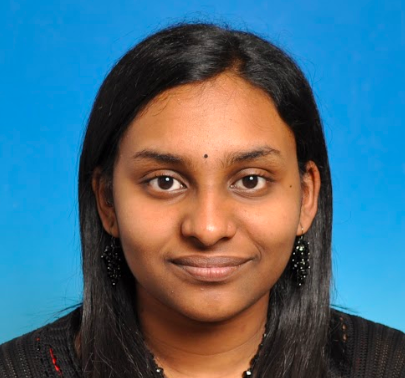 Bachelor in Medicine and Surgery

In today’s world, it is difficult to spend significant time away from screens. Many people spend hours scrolling away at their phones, eyes constantly fixated on the screen. Screens emit a significant amount of blue light which has a positive effect at the right times, but can negatively affect your circadian rhythm when used at the wrong times. There are a number of ways purported to block out blue light, but do they really work? Let’s explore more about this modern-day issue. Blue Light Can Be Beneficial

While it often gets a bad rap, blue light does have its place in human surroundings. The sun informs all living things that it is time to awake from their slumber (without an alarm!) by emitting blue light. This sets the rhythm for the day, and when the sun goes away, living creatures settle down to sleep. This natural cycle of being alert in the daytime and tired enough to sleep at night is part of one’s circadian rhythm, and it is influenced by the sun and other sources of blue light.

Blue light can also be used to increase productivity in the workplace and reduce sleepiness by suppressing the action of melatonin [R, R]. Based on this tenet, there has been an emergence of blue light-emitting health gadgets in the market designed to boost one’s energy throughout the day.

The alertness-stimulating effect of blue light becomes an issue when that effect carries on into the evening and night. While melatonin is detrimental to productivity in the daytime, it is necessary at night to facilitate good quality sleep. By using devices in the evening that emit blue light, melatonin production is suppressed for longer, which may make it harder to fall asleep [R, R]. The resulting lack of sleep can cause a host of issues, including fatigue, increased fat storage and appetite, forgetfulness, reduced sex drive, and lowered immunity.

Reaping the Benefits and Avoiding the Harms of Blue Light Several methods can be employed to get just the right amount of blue light and ensure it does not disrupt sleep or alter one’s circadian rhythm. While research is outstanding on many of these, anecdotally they have helped people improve their sleep quality. Among these methods are:

Since it’s mostly screen time that disturbs sleep, a good way to ensure that these devices can still be used without suppressing melatonin is by installing blue light blocking apps. These apps usually start blocking out blue light around sunset and give the screen a slightly reddish hue. Many of these apps are free to install and have flexible settings that turn off the blue light blocking during certain activities such as viewing videos or editing photos.

2. Using Right Light Bulbs in the Home and Workplace

Buying the right kind of light bulb for different rooms in the house can help limit the effect of blue light. Buy cooler, brighter lights for areas such as the kitchen and office, but keep bulbs in the living room and bedroom where rest and relaxation happen to a warmer, more incandescent tone to help start melatonin production at the right time. Research has suggested that exposing oneself to the right tone of light helps in maintaining sleep quality [R, R]. When finally going to sleep, ensure the room is pitch black to completely block out any blue light. This means that devices that may turn their screens on automatically should be kept away during bedtime as well.

Blue light can be beneficial in the daytime to improve alertness but needs to be toned down in the evenings to prevent disrupting one’s circadian rhythm. Many different methods can be used to block out blue light, such as blue-blocking apps, suitably-toned lights, and blue-blocking glasses. Using these methods are a good way to optimize sleep quality without compromising productivity.