Does Cryotherapy Work? The Science Behind Cold Therapy 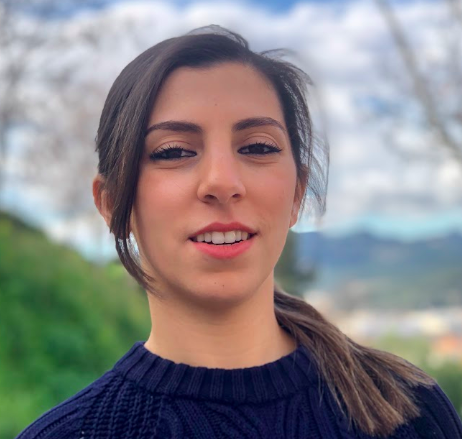 Cryotherapy is all the rage these days. Maybe you’ve tried a session or two and are now curious to understand the science of cryotherapy and exactly what is happening to your body and cells.

You also may have wondered whether the treatment is as beneficial as the hype says or if it’s just another unsubstantiated marketing scheme.

Well, we’ve done some digging into the research on cold therapies. Here, we’ll unravel cryotherapy and present some empirical evidence regarding its effects on the brain and entire body. We’ll explore what happens to the body when undergoing the treatment, the after-effects of the treatment, and the optimal time exposure, temperature, and the number of sessions. Cryotherapy is a medical treatment that involves short exposures of extreme, cold air, often below -166°F (-110°C). These low temperatures are reached with the aid of liquid nitrogen.

The first low-temperature cold rooms were introduced towards the end of the 1970s in Japan by professor Toshiro Yamauchi who successfully treated rheumatoid arthritis with a cryogenic chamber. He found that rapid short-term freezing of the skin’s surface to a temperature of 32°F (-1°C) has a more beneficial effect than the gradual cooling offered by cold water immersion, where the lowest skin temperature possible is 41°F (5°C).

This led to the introduction of whole-body cryotherapy (WBC) in the clinical setting, but its ability to repair and rehabilitate cells made it popular in the entire health sector.

What Is the Science Behind Cryotherapy? When skin is exposed to the low temperatures in a cryo chamber, the surface of the skin quickly reaches below freezing levels (30.2°F/-1°C), and cold sensors are activated [R, R].

Instantaneously, to protect the body and prevent hypothermia, the brain then sends signals to maintain heat by constricting blood vessels that supply muscles and other tissues, which leaves more blood flow available for the core, where the vital organs are housed [R, R, R, R]. It’s also a way to reduce heat loss since dilated vessels release more heat [R]. This peripheral vasoconstriction leads to an immediate increase in blood pressure by about 5-30 mmHg [R].

Blood composition during cold exposure also changes. While under cold stress, the heart pumps blood that is enriched with more white blood cells to ensure the body does what it can to survive under the perceived danger [R, R].

Effects on the Brain Cold exposure has been shown to improve depression, anxiety, and other mood disorders [R]. The most noteworthy physiological effect cryotherapy has on the brain is the increase in norepinephrine,  which is involved in mood, attention, focus, and even pain alleviation.

Upon extreme cold exposure, cold receptors on the skin signal the brain to release norepinephrine, inducing an overall anti-depressive and energetic effect through activation of the sympathetic nervous system [R].

When our bodies are exposed to extreme cold, we shiver at first. Shivering is a homeostatic mechanism, aimed at maintaining core body temperatures optimal for the proper functioning of our cells. When we shiver, the process creates heat. However, it’s not a thermodynamically efficient process.

Upon multiple exposures to cold, our cells adapt and move to more favorable thermogenesis, namely the production of mitochondria [R]. In an attempt to create more energy, and therefore heat, the body upregulates its mitochondria production through the hormone norepinephrine, most notably in fat tissue.

BAT is thought to be crucial for the regulation of body weight in healthy individuals and is positively associated with metabolic rate [R]. In fact, increasing BAT limits weight gain and is involved in the regulation of glucose in the blood, making it a target organ for the control of obesity and its related disorders [R]. The pain-reducing and anti-inflammatory effects of cryotherapy are probably the most desired results by athletes and patients alike. Sports medicine has long used ice packs and ice baths to fight inflammation and sore muscles due to sports injuries.

Inflammation is a protective response to injury or infection leading to a localized gathering of cells and chemicals that prompt swelling, heat, redness, and pain in an attempt to either regenerate the injured tissue or eliminate the foreign pathogen [R]. In excess, inflammation can quickly cause disease and premature aging of cells [R, R].

The effectiveness of cryotherapy on inflammation and pain management has been demonstrated by various studies. In the case of athletes or those exercising in general, a single session in a cryotherapy chamber can enhance muscular recovery through the restriction of inflammatory processes [R].

More specifically, levels of cytokine tumor necrosis factor alpha (TNFα), a powerful pro-inflammatory compound, were shown to decrease nearly twofold when cryotherapy was combined with training, in comparison to training without cold treatment [R]. This is due to the high expression of norepinephrine after a cryotherapy session, which has a direct inhibitory effect on TNFα.

How Many Cryotherapy Sessions Do I Need? According to one study, 10 sessions of WBC are needed to significantly reduce the inflammatory response that is induced by exhaustive exercise [R]. Yet another study suggests a minimum of 20 consecutive sessions for effectiveness and 30 sessions for optimal results [R].

A lot of these studies found that there are significant differences in the effect of cryotherapy with every individual. Factors like body composition and activity level influence how cryotherapy can have an effect.

When Should I Get Cryotherapy?

The best time to get a cryotherapy treatment depends on your aim. To reduce pain associated with exercise, studies suggest not to undergo cryotherapy immediately after exercise. Instead, waiting is recommended so that the body has time to repair itself on its own, and then cryotherapy can be used to lessen the damage of prolonged inflammation.

You may have heard that cryotherapy reduces the effects of hypertrophy, which is the process of making new muscle, so it has been accused of causing less muscle gain. However, this is due to the use of cryotherapy too close to an exercise session, interrupting the benefits of inflammation that allow repair and muscle gain. Most studies suggest a waiting time of around one hour before practicing any post-exercise cold therapy [R, R].

To alleviate acute pain after an injury or acute inflammation of any sort, it is recommended to undergo cold exposure within the first 72 hours of the first symptoms to get optimal results [R, R, R].

How Long and How Cold Should Cryo Be? The right temperature and exposure time are crucial. You want enough time for physiological changes to take effect, but not long enough for cold to inflict harm. One study concluded that a two-minute session at -211°F (-135°C) was optimal, though this is aimed at elite athletes [R]. Others observe effectiveness with two minutes at -166°F (-110°C). Yet others tend to go for three minutes.

So there is no exact temperature or duration that you could really call optimal for every person and body composition, but two to three minutes at -166°F (-110°C) and -211°F (-135°C) is the norm. You can consult a cryotherapy center for advice on your specific needs.

Cryotherapy’s ability to help the body regenerate itself is incredible and quite well-backed by science. That said, it’s important to be cautious and bear in mind that cryotherapy is not a treatment that can or should be done without supervision. Extremely cold temperatures can inflict harm when not used properly. You can refer to our directory of aging and longevity clinics to find the right cryotherapy center for you.